The writer and former director of the Cervantes Institute in New York was honored for “the depth and brilliance with which he has narrated relevant fragments of his country’s history, crucial episodes of the contemporary world and meaningful aspects of his personal experience,” the jury said.

The author lived in Granada and began his career as a columnist. He is a full member of the Royal Spanish Academy and also won France’s Prix Femina for best foreign novel in 1998 for “Plenilunio” (Full Moon).

He became the first Spanish-speaking author to win the Prince of Asturias Award for Literature since Guatemala’s Augusto Monterroso in 2000.

Earlier this year, the arts prize was conferred on Austrian filmmaker Michael Haneke, the social sciences prize went to Dutch sociologist Saskia Sassen, the communication and humanities award was bestowed on American photographer Annie Leibovitz and the prize for technical and scientific research was awarded to physicists Peter Higgs and François Englert and the European Organization for Nuclear Research.

The prizes, which Spain’s Crown Prince Felipe will hand out at a ceremony in the fall in  Oviedo, are regarded as the Ibero-American world’s equivalent of the Nobels. 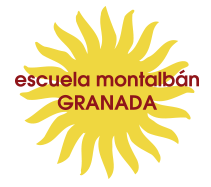